← more from
New Amsterdam Records
Get fresh music recommendations delivered to your inbox every Friday. 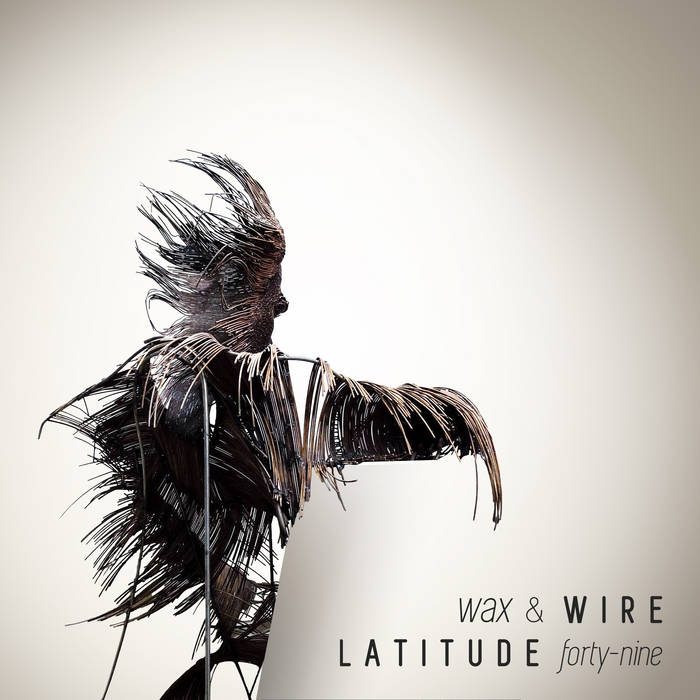 Cross-continental new music powerhouse Latitude 49 returns with flair and passion on their sophomore release Wax and Wire. This dynamic collection takes the listener on a genre-bending journey, careening wildly from the visceral to the sublime. From the psychedelic pulsations of Gabriella Smith’s Number Nine (an homage to the Beatles’ “Revolution 9”) flows Viet Cuong’s whimsical showpiece Wax and Wire, establishing the record’s charisma and variety right away. Ruminant works by Annika Socolofsky and Chris Sies direct us inward: Socolofsky’s a sense of who challenges us to consider ourselves in light of the communities we inhabit, while these (were) used to harm by Latitude 49’s own Chris Sies employs effects inspired by specific songs that have been used as means of torture against a sometimes thrashing chambercore background. Two works by Sarah Kirkland Snider provide the record’s most intimate moments, with the swirling trio Thread and Fray unfurling tightly-knit textures while the cleansing, haunting, but ultimately hopeful You Are Free closes out the record in a state of utter contemplation.

SARAH KIRKLAND SNIDER
You Are Free 2015

Latitude 49 is a sextet dedicated to championing the works of living composers. The members' diverse musical backgrounds directly influence the the diversity in artists they create work with. This eclectic, yet collaborative spirit has allowed the band to live outside of an aesthetic box. ... more

Bandcamp Daily  your guide to the world of Bandcamp

Lance Skiiiwalker joins the show to discuss his most recent releases